We will beat Corona 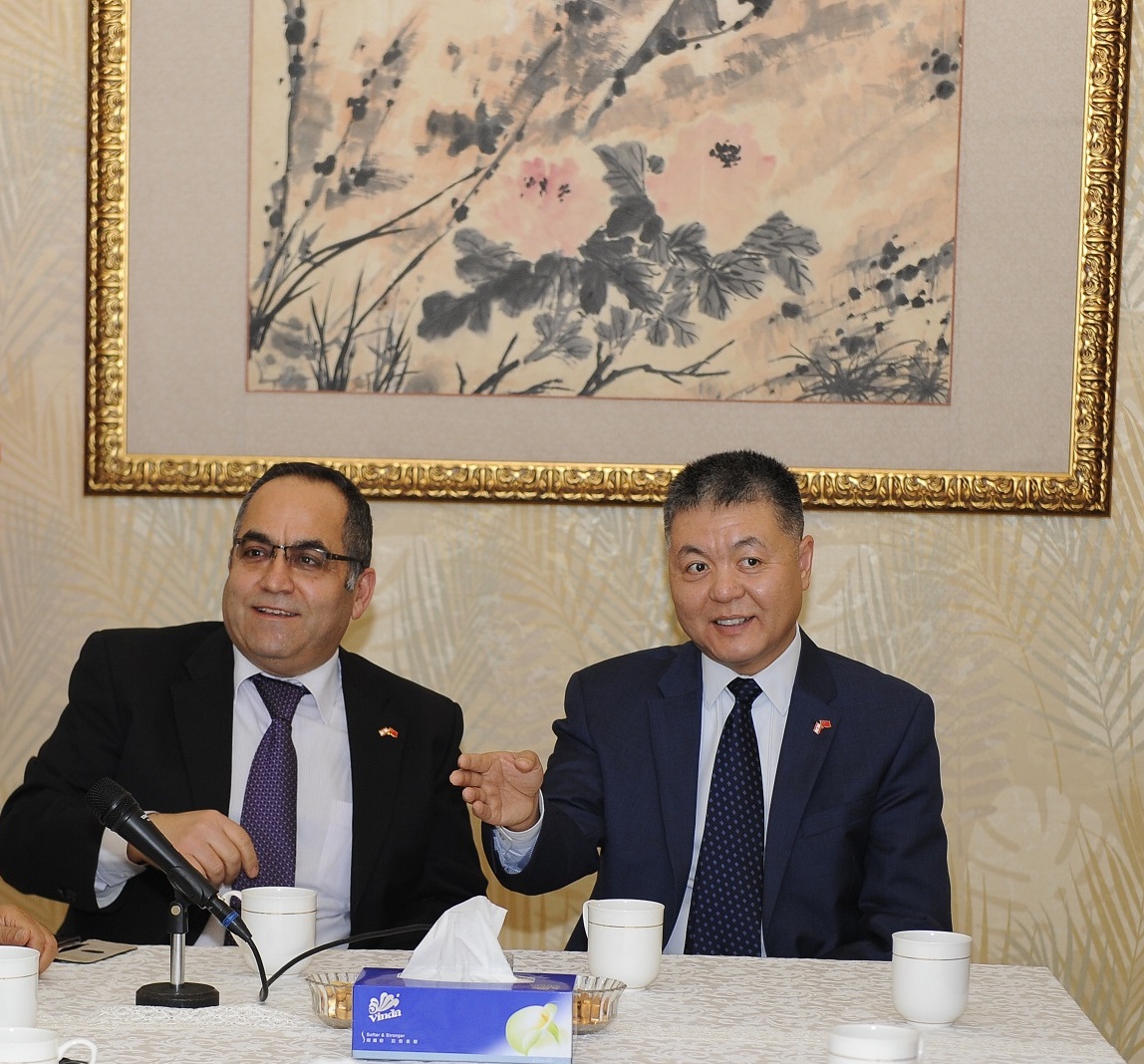 The Chinese Ambassador to Lebanon, Wang Kejian, said during his meeting with the President of the Lebanese-Chinese Business Association, Mr. Ali Mahmoud Al Abdallah, at the head of a large economic delegation, China will overcome the Corona virus and Its repercussions, saying that the government is doing great efforts to overstep the situation, and that it will be able to overcome the difficulties of the stage, especially since the Chinese economy is strong and able to deal with the crisis. His Excellency, who thanked the delegation for their solidarity visit, added: "We believe that the impact of the spread of the virus on the economy will be temporary and short." Noting that the Chinese marine shipments do not pose any health risk because scientific facts prove that the virus cannot survive on dry surfaces. He emphasized that China cooperates in a responsible and transparent manner with the World Health Organization and exchanges information with it on the virus, its prevention and treatment methods 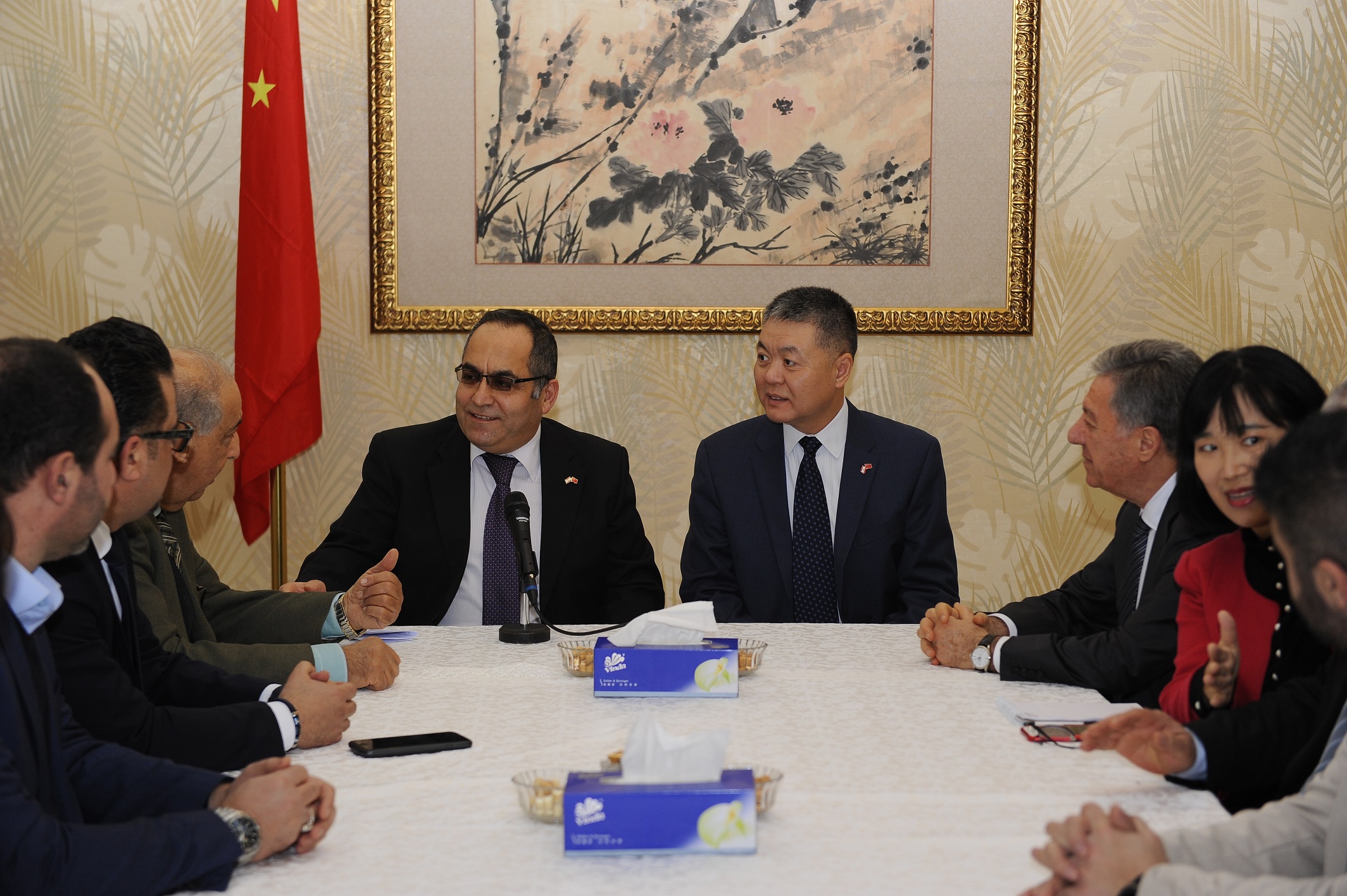 As for Mr. Ali Mahmoud Al Abdallah, he said that China will overcome the current crisis and it is source of confidence for everyone, and he greeted a tribute of solidarity to the Chinese people, saying that China is fighting the battle against Corona on behalf of the whole world. But he sharply criticized racism against the Chinese and profiling, and the methods some adopt against China while engaging in its war against Corona. During the meeting, Abdallah delivered an honorary shield to Ambassador Kejian, expressing solidarity with the Chinese people. 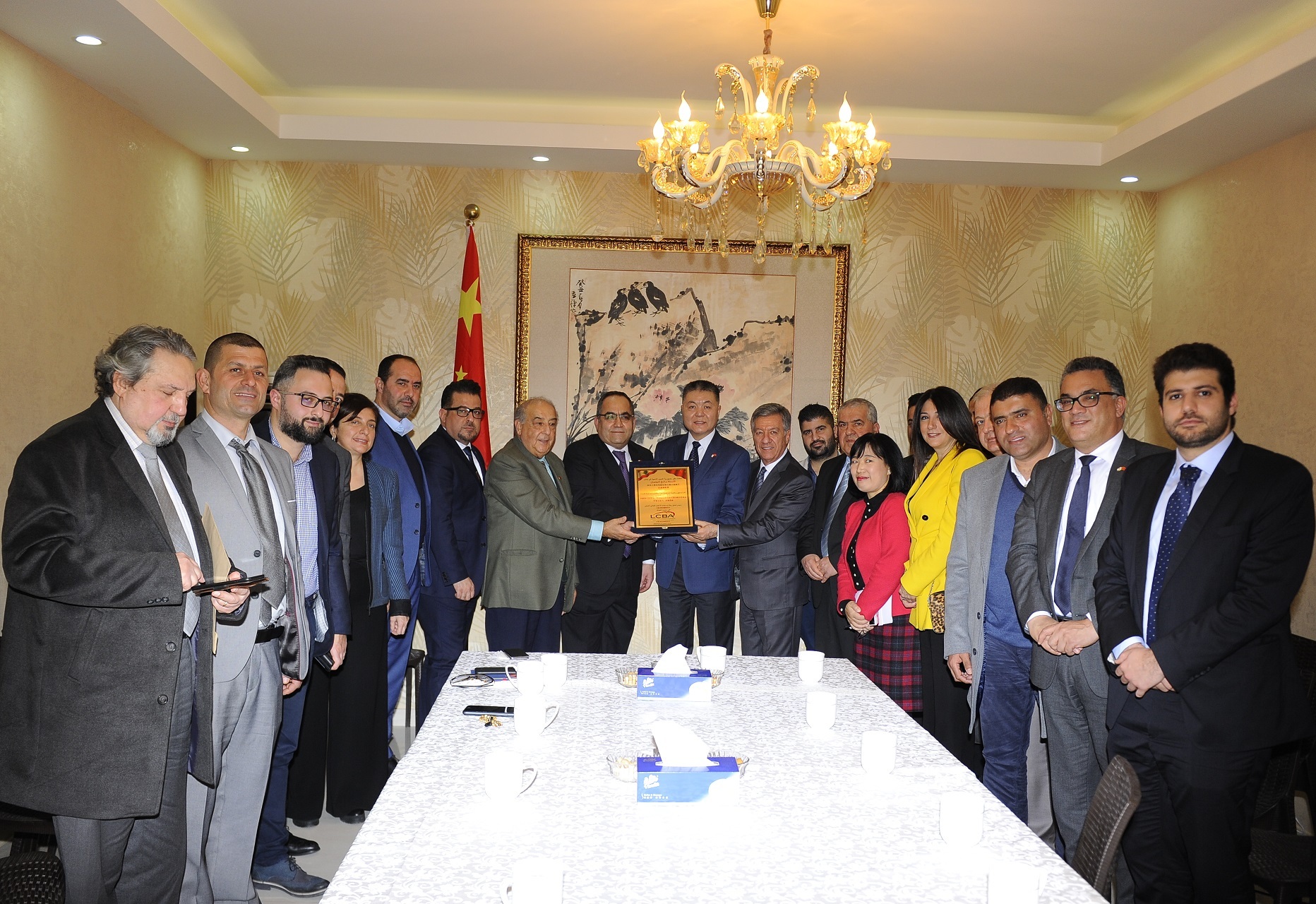 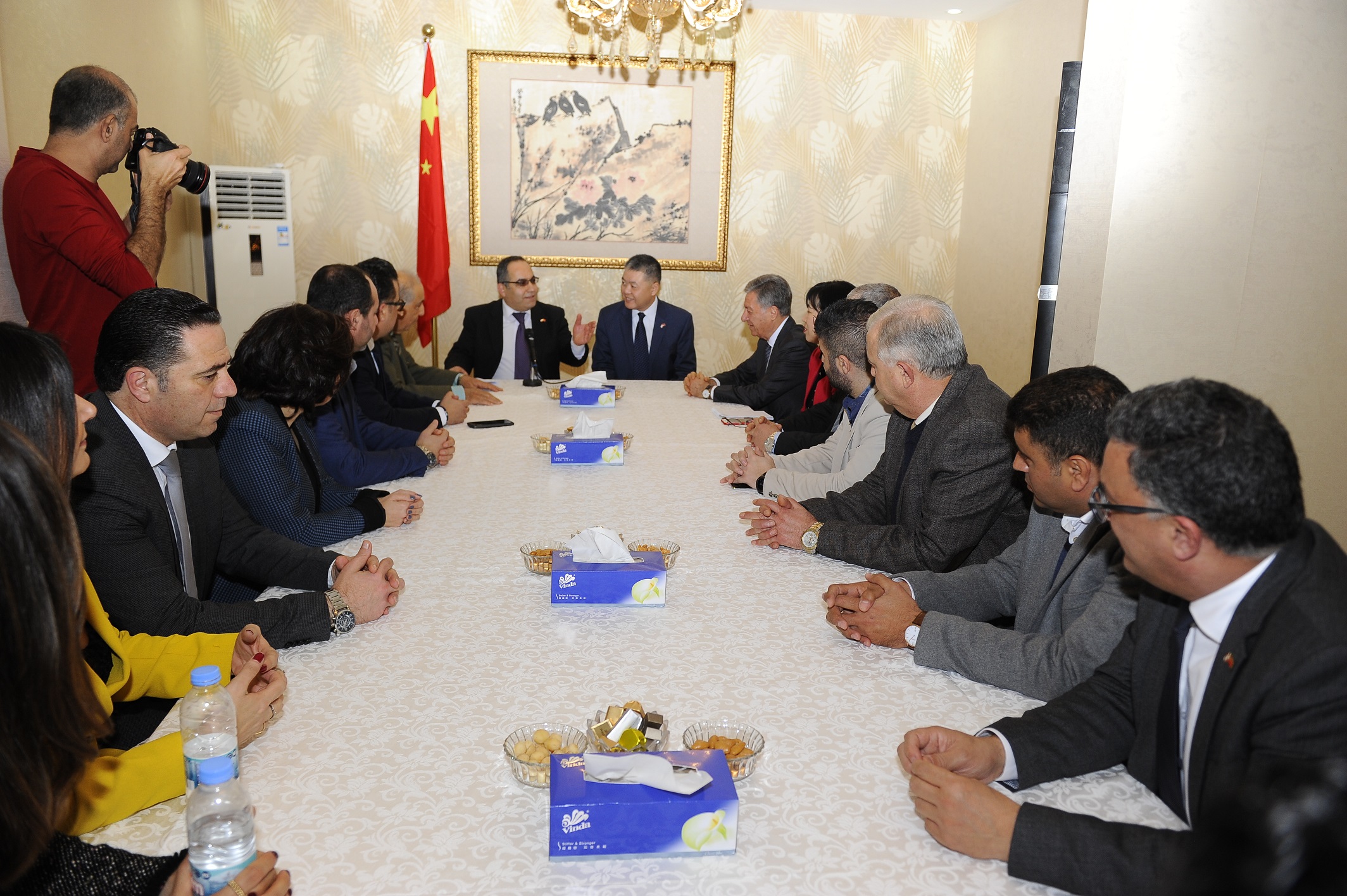 His excellency said he has confidence in the procedures the Chinese government has taken to bypass the crisis, and that all parties have expressed confidence in China's ability to tackle this crisis. He emphasized his country's ability to deal with the virus and deal the consequences. He said: "As you can notice, the Chinese government has taken effective, strong and comprehensive measures to limit the transmission of this virus from Wuhan to other regions, by stopping the transportation in addition to other procedures. 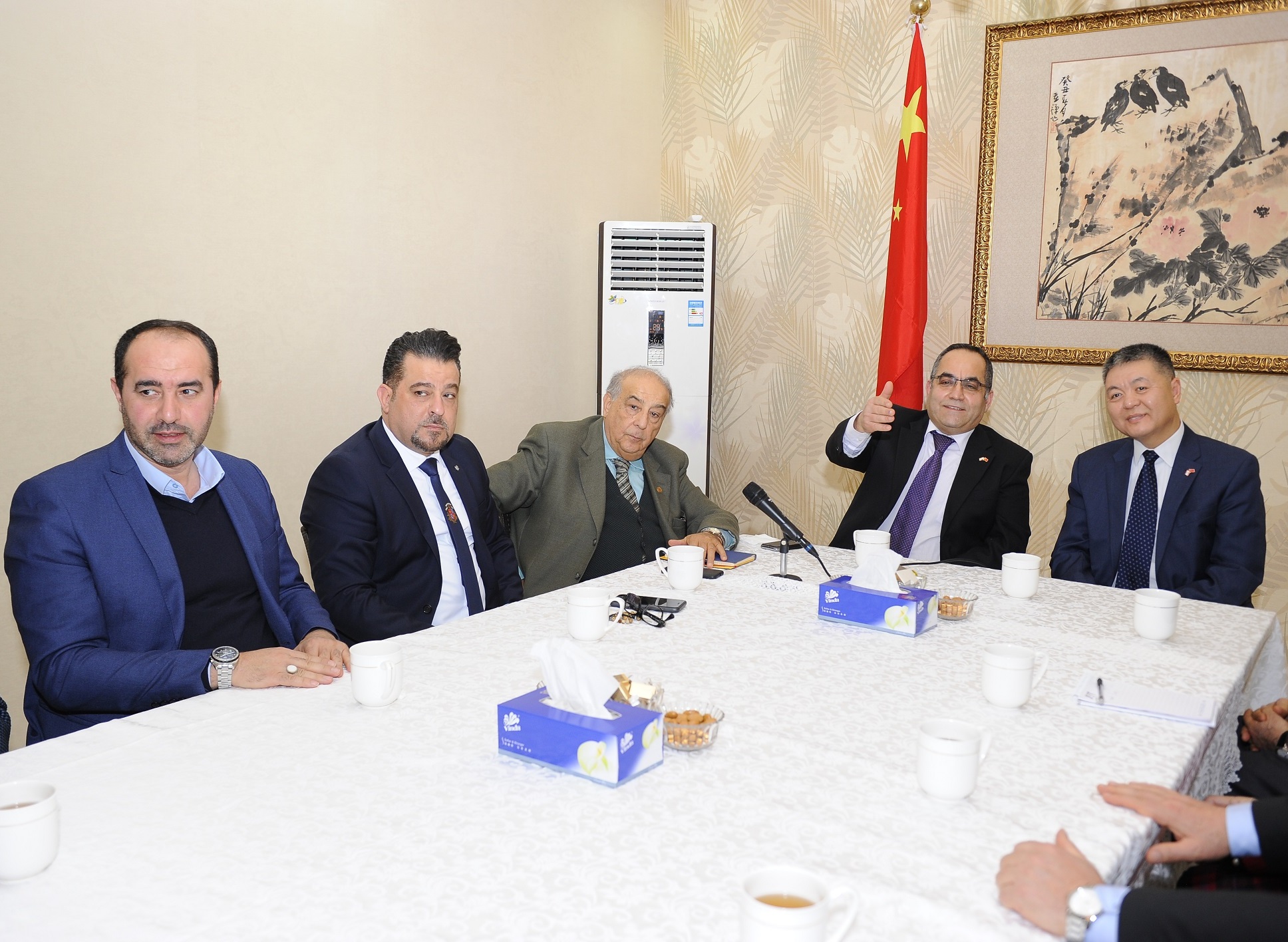 We are working to achieve the best care for the sick people, and we have also sent medical teams, both civilians and military, to Wuhan, and we have also provided medical equipment in the city. The Chinese government has set up a hospital in a very short time to host patients infected with the virus, and the second hospital will open very soon. All these procedures will enable us to trap the virus in Wuhan. As for other provinces, cases, infections and deaths do not rise as in Wuhan, and the number is much lower. This is evidence that the measures taken led to the desired results. " 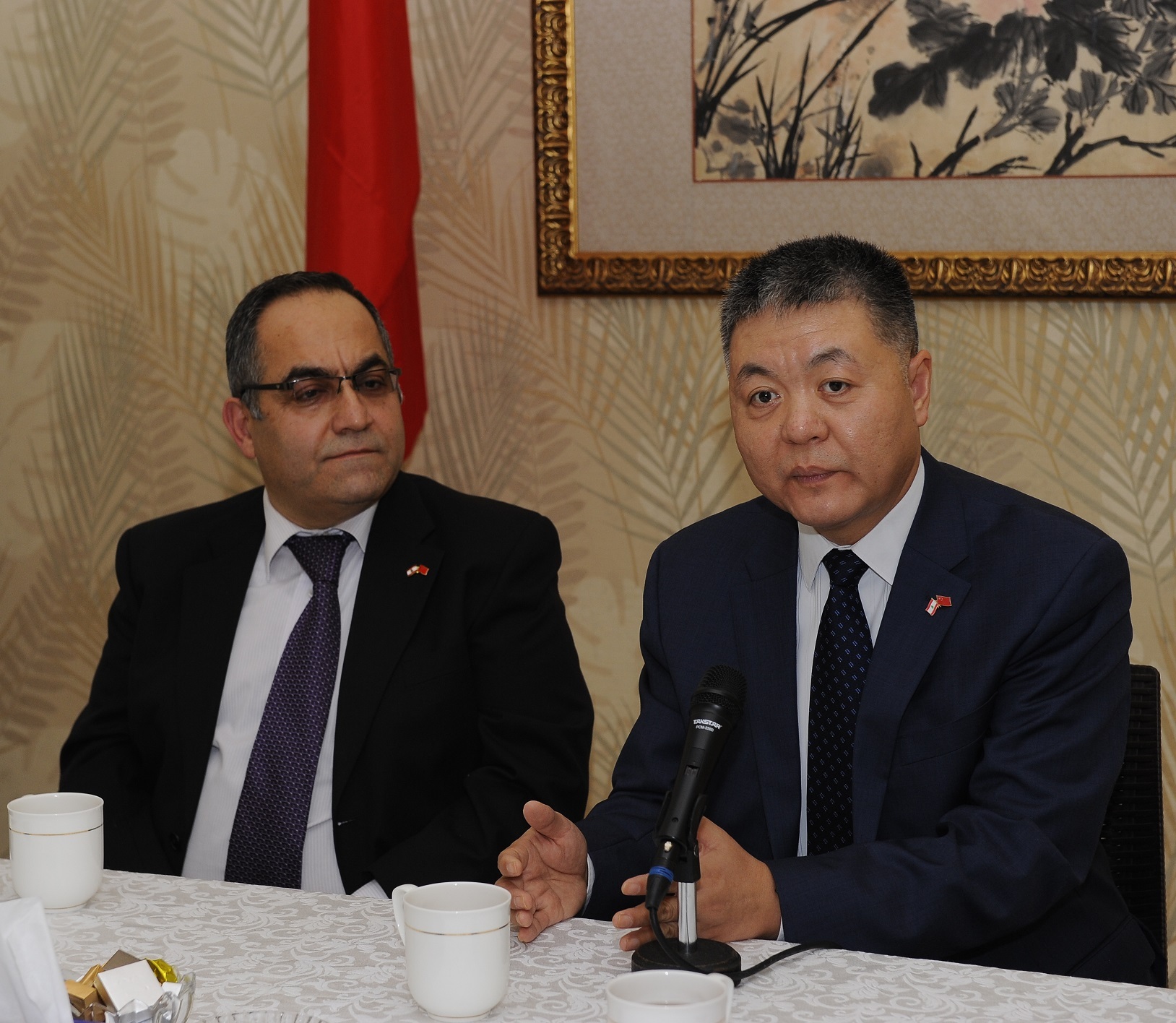 He added: "Globally, we are fully responsible towards all parties, whether they are Chinese citizens or of other countries. For this reason, we have stopped all the trips of Chinese delegations and tourists out of China, who number in the millions and who can pose a threat to other countries. We cooperate with the World Health Organization in all transparency and responsibility by providing all the data we obtained on the virus, its transmission and source, and the appropriate methods of treatment. Soon we will cooperate with all countries on the means of prevention, the precautionary measures that can be taken and everything related to the nationals of these countries in Wuhan and China in general. 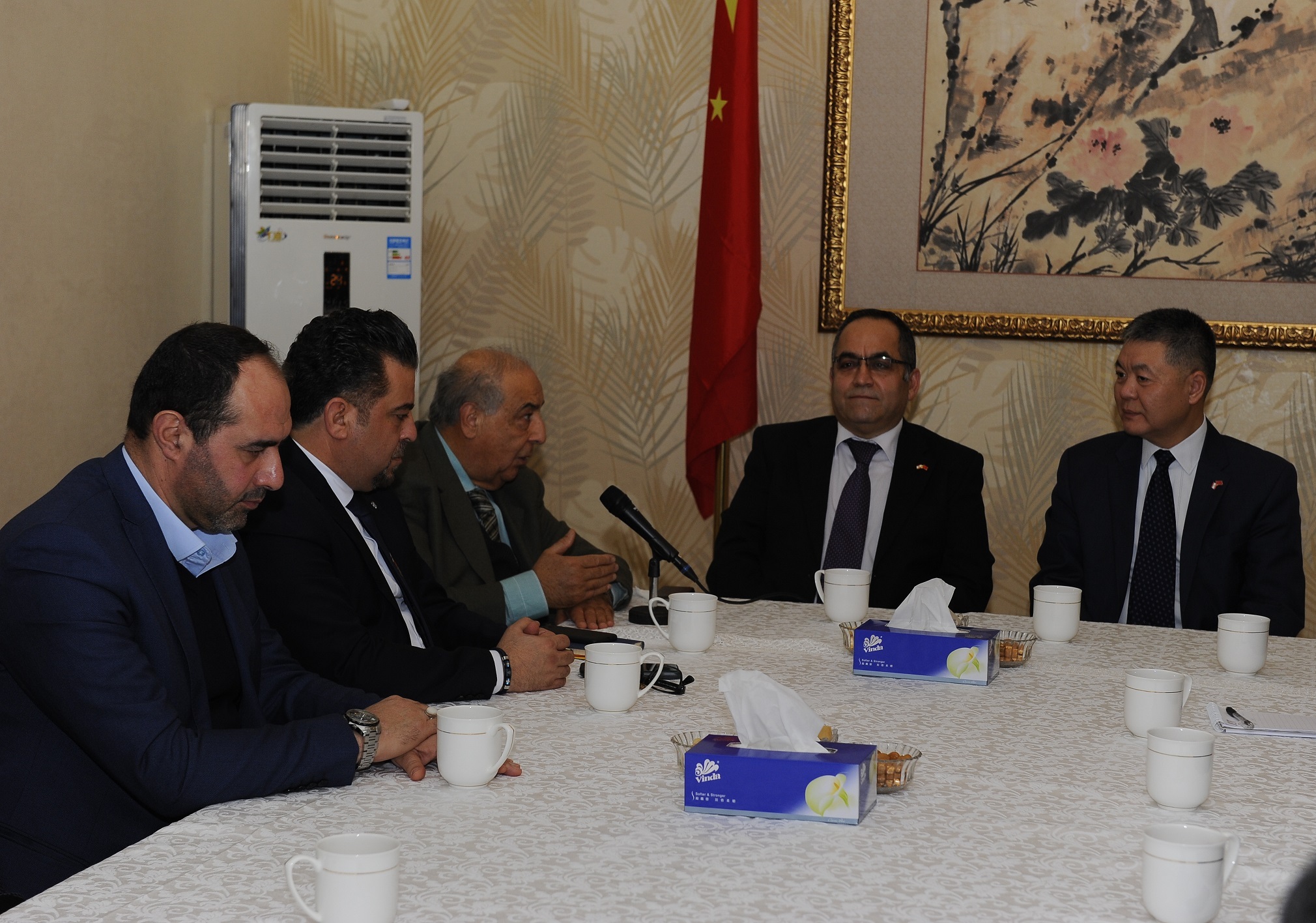 All these actions result from our sense of responsibility towards our citizens and the citizens of all other countries. The Chinese government took all these steps, headed by the Communist Party of China, and supervised by Chinese President Xi Jinping. There is no doubt that the effective measures taken and the successful response to the virus result from the performance of the strong Chinese leadership. We extend our greetings to all countries that have expressed their solidarity with China and sent in-kind assistance for the prevention of the virus, and this reflects the spirit of Chinese cooperation with the international community. " 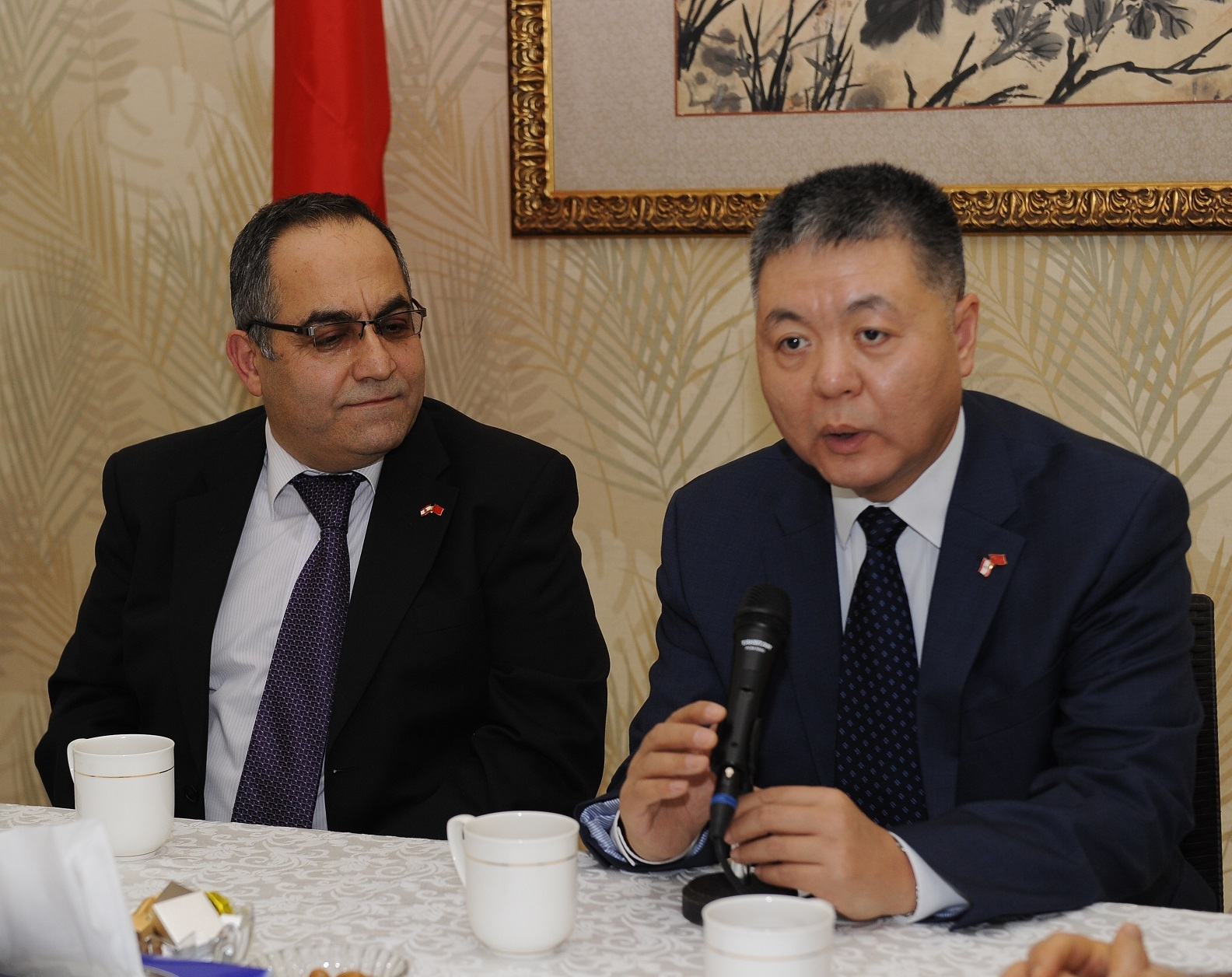 On the economic side, Mr. Kejian added: “We believe that the effect of the virus’s spread on the economy will be temporary and short. As you know, the measures to prevent and close the virus’s spreading area have affected some industries and tourism and public activities, and this has negative effects on the reality of the economy, especially in this period of the year. We celebrate New Year’s Eve, which is a major period for our tourism sector and the movement between regions and shopping, as well as its impact on public health. Unfortunately, there are measures taken that have a significant negative impact and a significant decrease in the movement of people between China and the rest of the world. 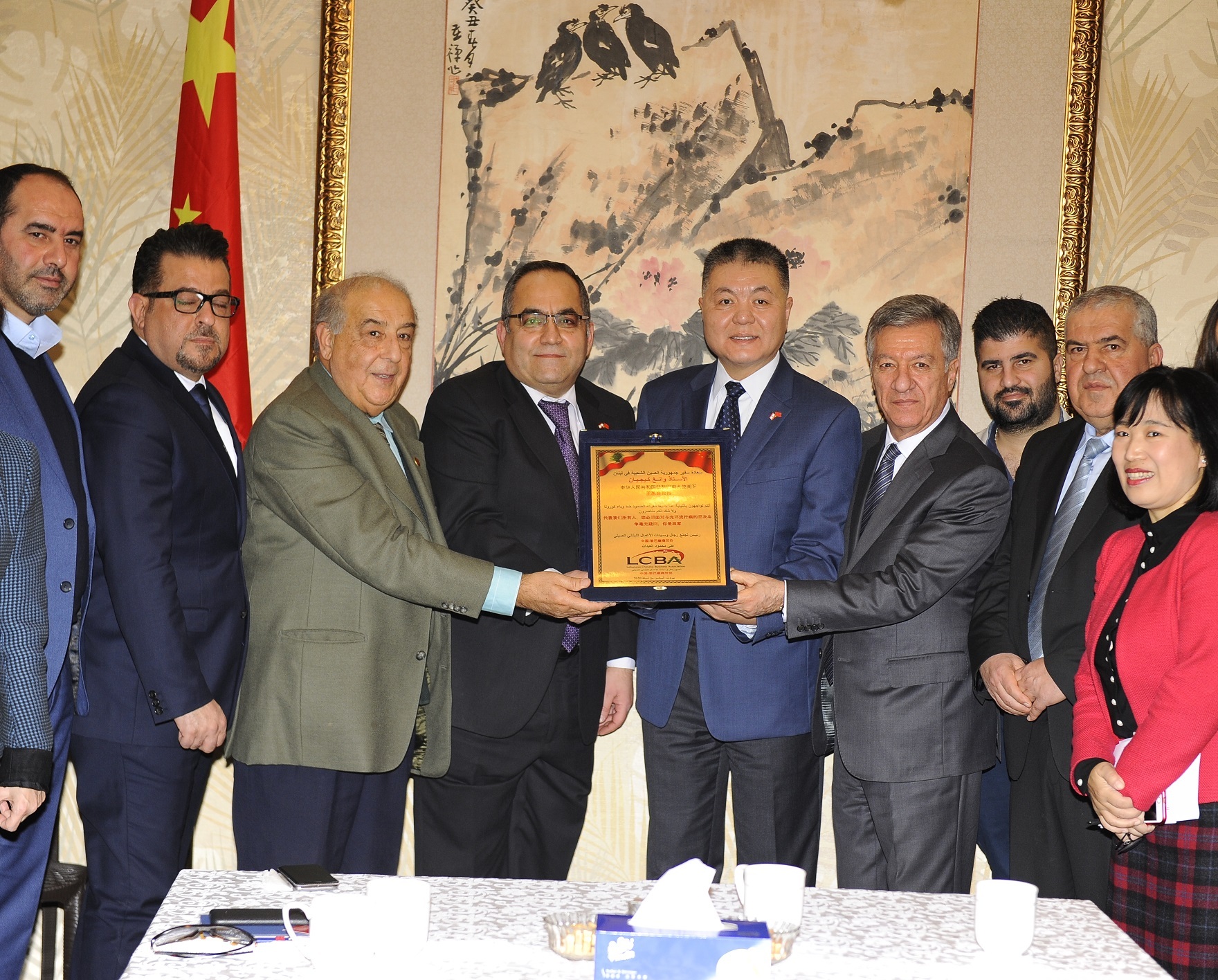 This crisis may have an impact on trade in the coming period. But I renew that we have full confidence in our ability to get out of the crisis because the Chinese economy is very strong, and we already managed to recover in 2003 from SARS, and we achieved a complete national victory. Today, the Chinese economy is stronger than in 2003, and our ability to cope and recover is better than that. All these factors make us confident that we are victorious over the current crisis. " 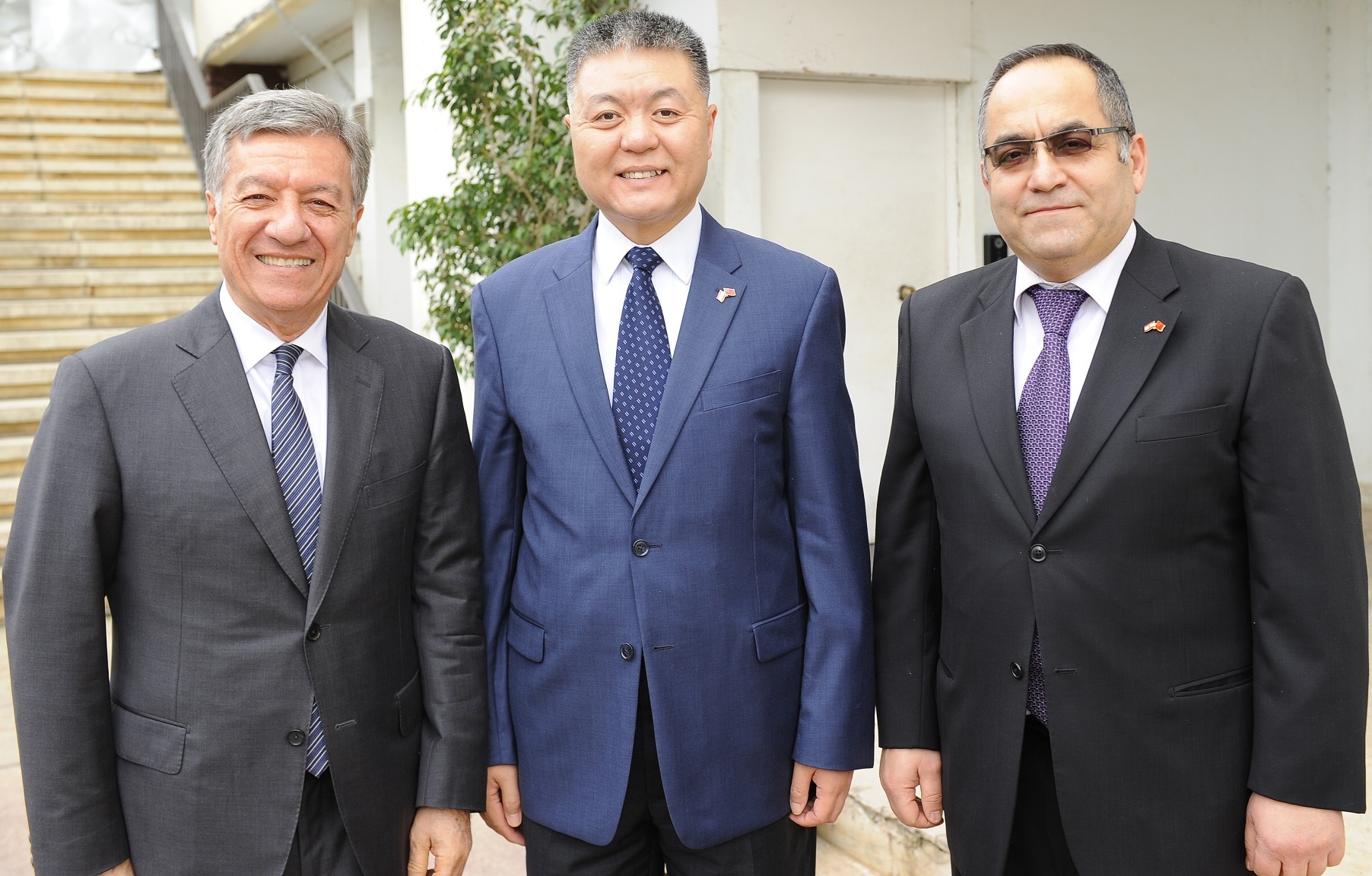 Regarding the safety of commercial dealings with China, Mr. Kejian said: "We confirm that there are no effects on this aspect because all scientific studies have confirmed through scientific facts that the virus does not live on dry surfaces. Therefore, Chinese exports cannot pose any risk to public health, especially Maritime commercial shipments need weeks to reach the destination areas. We are cooperating with the World Health Organization to develop appropriate procedures based on facts, and we exchange information with the appropriate parties through the Chinese Ministry of Health."

For his part, Mr. Al Abdallah said that China is fighting a battle against the Coronavirus on two fronts, one of which is no less important than the other. On the first front, China is on the front lines against this virus, not only for the defense of its people, but for all humanity in all parts of the earth. As for the second front in this battle, it is against ignorance and against those who invest in people's pain and exploit their misfortunes and against racism, profiling and hatred

And the policy of isolation by some against the Chinese. We have seen how the weak souls are destroying China, and it is busy with its war against the Corona epidemic. "

He added: "Frankly speaking I say, Ambassador, the first front may be less cruel than the second, because it is being fought against an enemy who declares himself openly and faces ferociously in the greed to remain exactly as nature taught him to be. On the second front, China is waging a moral battle on behalf of all of us, and against Who trade in truth and truth.

We may be in Lebanon, because of our difficult political and economic conditions, unable to stand side by side with China on the first front of the battle because it requires great scientific, logistical and financial capabilities, but we are certainly able to stand with it on the second front against fabricating news, propaganda and false media campaigns in traditional media as well as in social media that is managed by companies whose only interest is to make a profit without investigating the facts. " 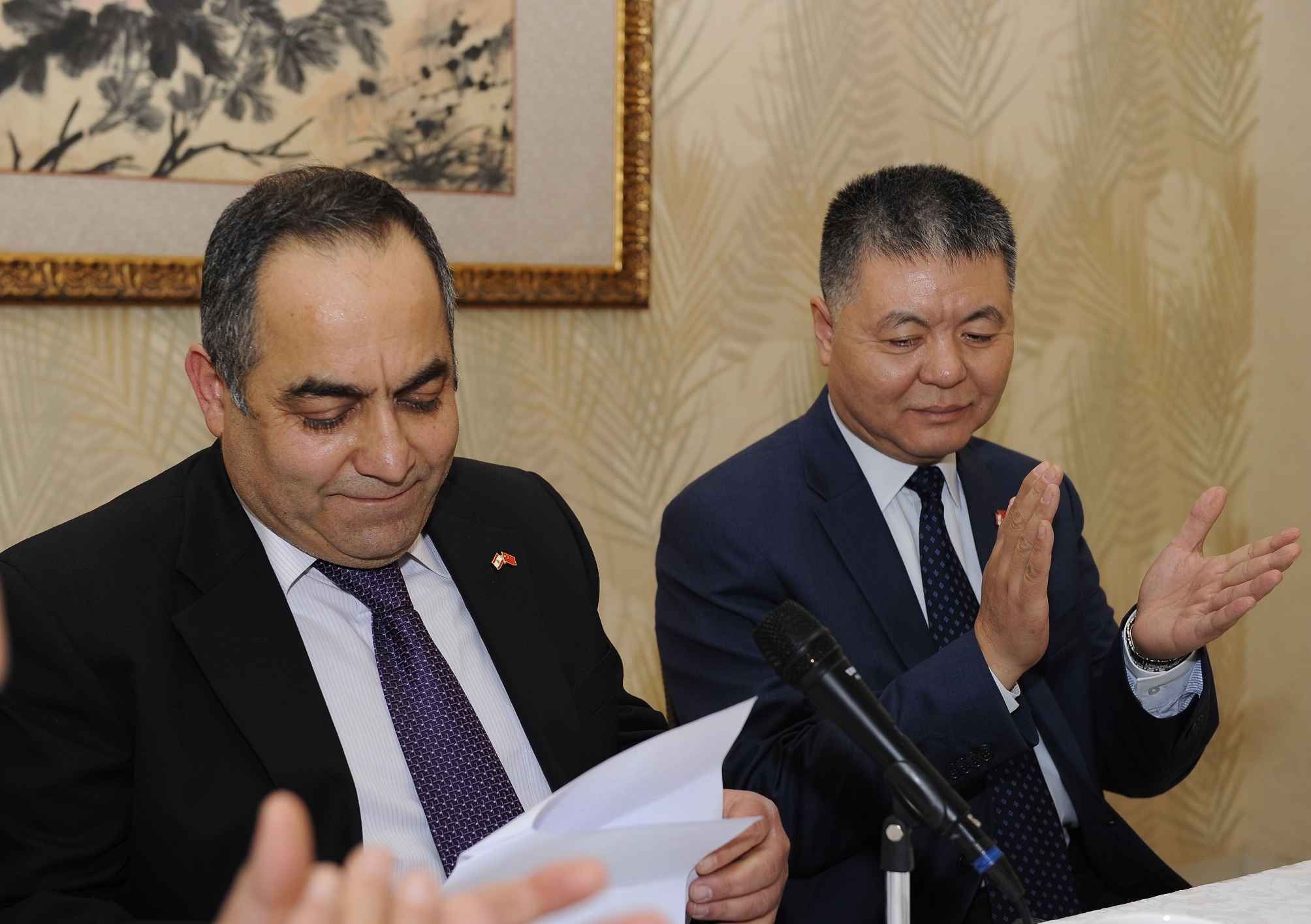 He concluded, saying: “We do know that, this chaos which some are trying to bring it out, is not directed to the Coronavirus, however, it is made against China, and againsts its strength, determination, and greatness in specific. And, we all know that Coronavirus is less dangerous than the SARS virus which appeared in 2003. 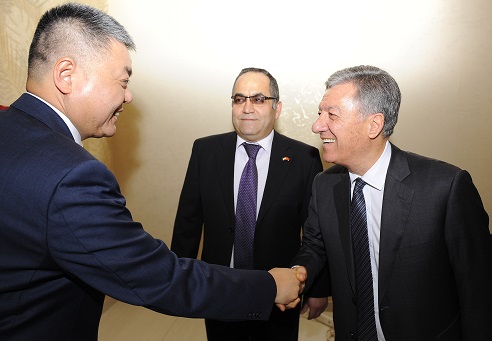 Other than that, China started with suitable vaccines for the Coronavirus, which was confirmed by the Chinese Center for Disease Control and Prevention. Mr, Xiu Wenbo, the president of the National Institute for Communicable Disease Control and Prevention, said the virus was isolated by the center and they are identifying its strain, and examining a medication targeting the pneumonia caused by the Coronavirus”.