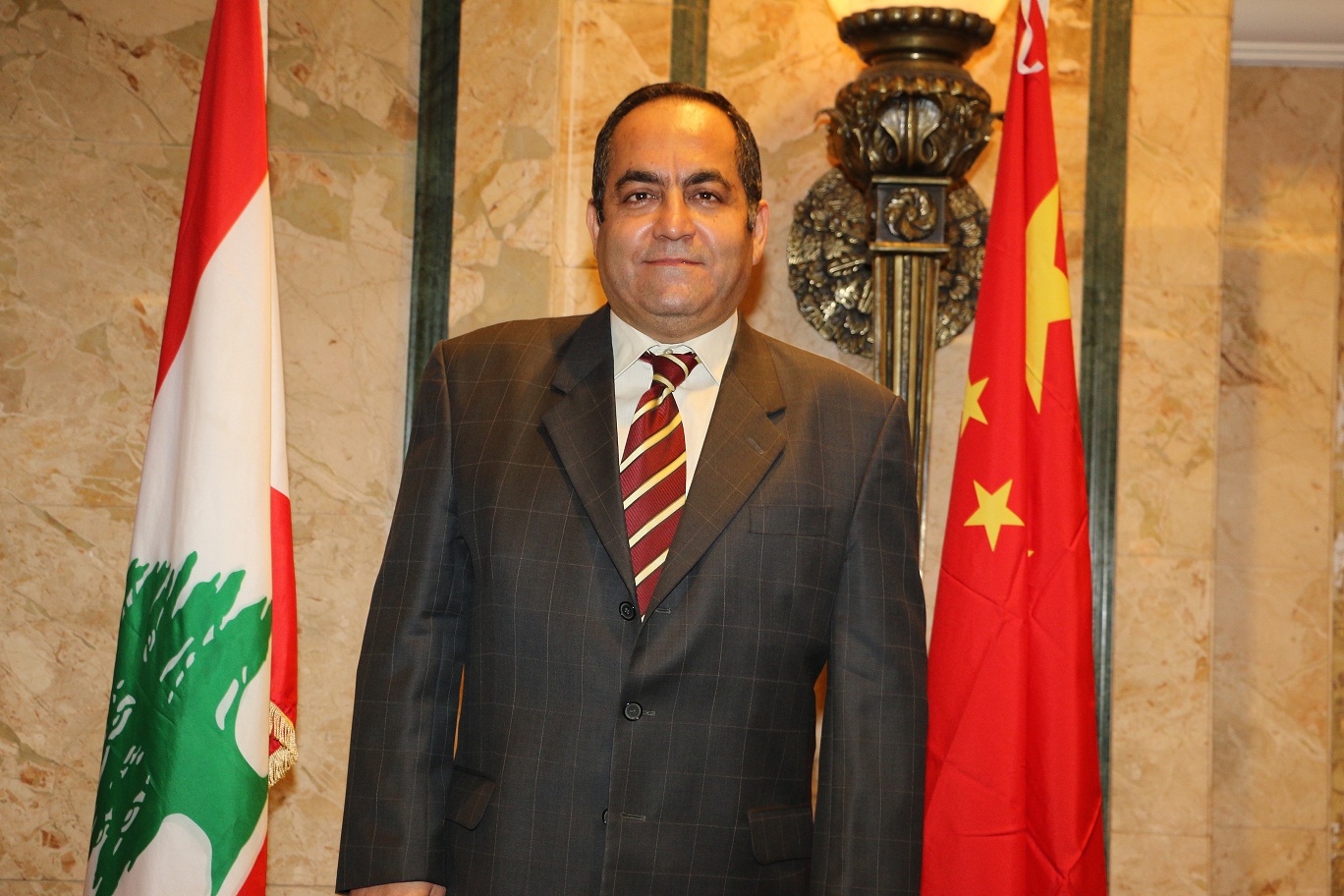 Beirut - January 15, 2016
Formed economic and political document issued by the Chinese government on the thirteenth of this month on "China towards the Arab states a policy of" positive step is very important, especially as it is the first document of its kind to be issued specifically about the Chinese Arab relations . We believe that this document constitutes a historic station positive characteristic between China and Arab countries, led by Lebanon. As LCBA we think , it can be for us in Lebanon to play a positive role and seriously deal with the attitudes expressed by the Chinese government in its document, and that is the discussion of all the items included with the Chinese government representatives to go to new heights constructive relations between the two parties . We believe that Lebanon is capable of interacting positively with these political and economic document in several areas, the most important advantage of the lifting of trade exchanges and strengthen economic ties and attract Chinese tourists and strengthen cooperation in the fields of technology and other vital economic fields.
On this occasion, we re-invite all Lebanese businessmen to do their best and keep up with the evolution of the Lebanese-Chinese relations, we must work to develop our business and enhance our expertise and development capabilities to be able to play a role in the international markets of high competitiveness. We have great faith in the ability of the Lebanese businessman in this context. We are in this field build on a long history of Lebanese-Chinese relations, going back to the beginnings of the last century, these relations have culminated in the establishment of diplomatic relations for more than four decades. During all this period it was characterized bilateral relations, cooperation on all levels, political, economic, social and cultural. With the launch of the Chinese government's new political and economic Otherwise, we believe that Lebanon has a new opportunity to move forward in deepening the Lebanese-Chinese relations.
To emphasize the strategic directions expressed by the document, excerpts from historic speech to Chinese President Xi Jin Ping has said, and speech during the opening of the sixth ministerial meeting of the Forum on China-Arab Cooperation 2014. Select the Chinese president in his fields and trends of the priority of China-Arab cooperation, which the form of map for the development of China-Arab relations.
Interestingly, in a document the Chinese government on the level of financial relations, is its focus on the importance of strengthening financial relations with the Arab countries, especially between the competent oversight and supervision authorities. It is well known that Lebanon has an international level of expertise at the level of the banking business and has increased opportunities to play a key role in efforts to develop China-Arab financial relations. In its document the admission of Arab countries to the Asian Development Bank to invest in infrastructure, the Chinese government has been welcomed, where it can play an effective role. In parallel in terms of importance the Chinese government has encouraged the exchange to open branches between Chinese and Arab financial institutions that meet the required conditions in addition to strengthening the communication and cooperation between the competent authorities control and supervision, and promote monetary cooperation among central banks on both sides.

Focus beginning and interested in the issue of the economic belt of the Silk Road and the Maritime Silk Road-century atheist Twenty cooperation and the formation of the equation (3 + 2 + 1), contained in the document. This equation is based on the energy sector as a major focus in addition to the areas of infrastructure, trade and investment facilitation. It also includes three advanced and modern technical areas include nuclear energy, space and satellite and new energies and promoting cooperation in production capacity.

Interestingly, the document also mentioned that China will look to expand the settlement circle cross-border using local currencies and special arrangements exchanged. We are confident that China will do everything it can to the development of relations with Arab countries, especially to strengthen coordination and cooperation with the organizations and the development of international financial mechanisms.
It is known that the Chinese government has already announced two years ago its intention to raise the China-Arab trade exchange of $ 240 billion recorded in 2013 to $ 600 billion in the next ten years. We believe that these plans can be a great opportunity for the Lebanese economy, which has distinctive capabilities to the level of services. Chinese President Xi Jinping expected rise in China's foreign investment to 1.25 trillion dollars in the next ten years, while China will import goods worth more than $ 10 trillion, will be sent more than 500 million tourists abroad in upcoming the five years , also Lebanon can benefit from a portion of these investments on the one hand and to attract part of the Chinese outbound tourism.
We believe that the officials and businessmen in Lebanon interact positively with the document carefully and stop when the items received Vehau_khasossa them on Economic Relations. Document has focused on a range of items that we think are very important, which includes deepening the China-Arab based on comprehensive cooperation and common development strategy Alaqataltaaon. The document also included a section on strengthening the China-Arab Cooperation Forum and follow-up work related to it and the relations between China and the Arab and regional organizations. In its document the Chinese government has also focused on the importance of "Strengthening consultation and coordination with the Arab side for maintenance purposes and principles of the Charter of the United Nations and the application of the United Nations agenda on Sustainable Development - 2030 so as to maintain justice in the international community and push the international order more just and equitable direction."

We also greatly appreciate describe and document the Chinese government Arab world as "important partner of China" at a time when bilateral relations behave consistently through "peaceful development in its efforts to strengthen solidarity and cooperation with developing countries." And do not forget also that the document focused on the importance of establishing international relations based on "cooperation and mutual gain." We also see that the document merely confirm that China is "committed to consolidate and deepen the traditional friendship between the two long-term foreign policy," The statement is very important. The Chinese foreign policy, especially with its firmness and strength and the same long can contribute decisively to the development of relations with countries in the region.
In conclusion, the Chinese men's and women's Lebanese business brings renewed appreciation for all the contents of the document and the Chinese government, and appreciates all the items covered by them, especially on the economic and financial domain. And it calls to do whatever helps to strengthen relations with the People's Republic of China.

To check the document , please click on the following link :